In search of wetlands restoration success 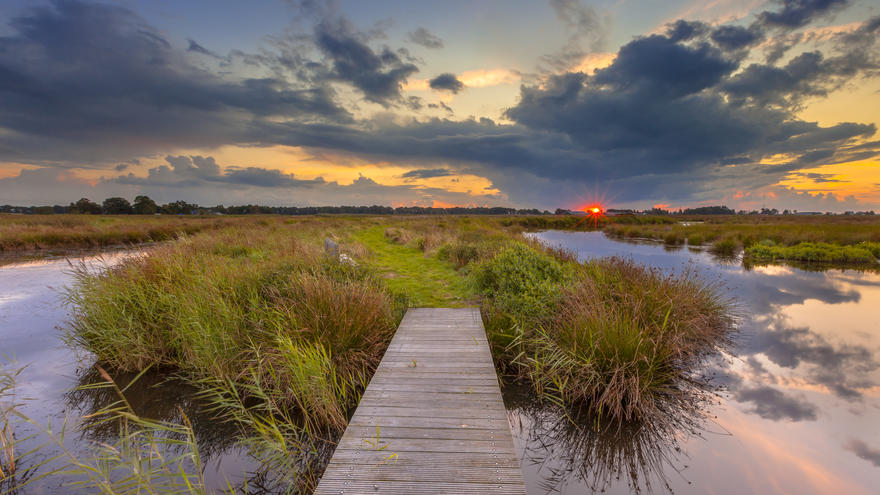 The Restorable Wetland Index will be especially valuable to conservation organizations that want to focus their resources on restoring wetlands.

Frogs croaking. Fish jumping. Ducks nesting. Wetlands of all kinds are special places for many species. Wetlands also filter pollutants and sediment and lessen the threat of floods by storing water.

Wetlands cover almost 20 percent of the state with about 75 percent found in northern and northeastern Minnesota. Southern and western Minnesota, however, have lost about 95 percent of their wetlands due to drainage and agricultural development, contributing to poor water quality in those areas.

When a wetland is in need of restoration, choosing areas with the best chance for success can be difficult. And making a poor choice can be a costly mistake. About a decade ago, the Minnesota Pollution Control Agency reached out to NRRI for help. NRRI specialists in wetland science and Geographic Information Systems were asked to develop a tool that could clear the muck from the decision-making process, so to speak.

As part of that effort, NRRI produced the first statewide Restorable Wetland Inventory. It identified areas that were likely to be restorable wetlands based on soil drainage characteristics, topography and existing wetlands. The digital resolution wasn’t great, but it helped managers identify a set of potential sites that could be candidates for restoration – one of the first steps in identifying specific sites.

Because newer and more detailed data are now available for Minnesota, NRRI is releasing an updated, upgraded Restorable Wetland Index that can be used with even more confidence. It has a finer resolution of just three meters and predicts wetland status with a commendable 85 percent accuracy. 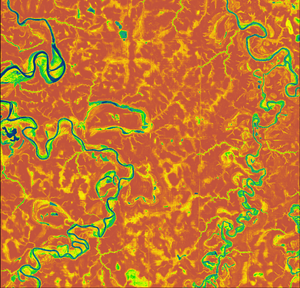 Blue colors in this aerial landscape image identify areas with high probability of being a stream, lake, wetland or a restorable wetland. Green is middle, while orange is low.

“One of the reasons people thought the original Restorable Wetland Index was useful was because it was a consistent map that covered the whole state,” explained Will Bartsch, NRRI senior researcher who worked on the project. “That didn’t exist before. Different groups and regions with different availability of resources had their own tools and methodologies.”

The upgraded Index pulled much of its underlying data from the Minnesota Department of Natural Resources and their recent update to the National Wetland Inventory. It includes information on millions of wetlands along with 7,000 ground-checked locations throughout the state. NRRI Data Scientist Katya Kovalenko used high-performance computing at the Minnesota Supercomputing Institute to apply a statistical model that can predict the probability of an area being an existing or restorable wetland. The machine learning model is based on 15 predictive variables such as distance to the nearest wetland, elevation, slope, soil type, etc.

NRRI researchers worked closely with Steve Kloiber at the DNR who led the decade-long effort to update the wetlands inventory which accurately identifies existing wetlands as small as one twentieth of an acre.

The Restorable Wetland Index will be especially valuable to conservation organizations that want to focus their resources on restoring wetlands. Land developers can also use it to identify potential wetland mitigation sites when construction projects will damage an existing wetland.

“Without this tool, people would likely need to spend considerable time reviewing aerial photography, looking at historical wetland records, or physically exploring the landscape to identify suitable areas,” said Bartsch. “The Index will save time and money during the identification process.”

Lucinda Johnson is the principal investigator on this project. The Restorable Wetland Index can be accessed through the Minnesota Natural Resource Atlas at www.mnatlas.org.