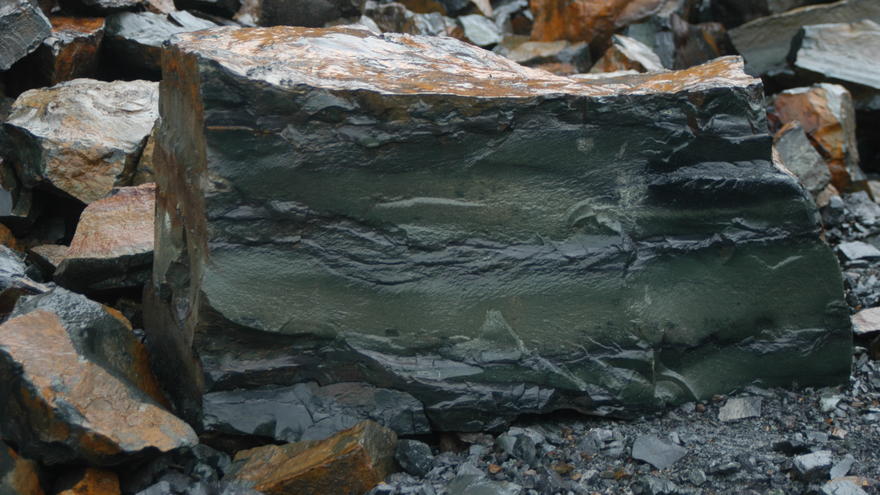 “Identifying this aggregate is a huge benefit that could open up to something much bigger. It’s helped our business significantly.”

It’s easy for drivers to appreciate a well-made road. But it might surprise you to learn that we’re running low on the main ingredient in road building. Gravel pits are being depleted of good-quality natural gravel, especially in northern Minnesota.

NRRI researchers have identified a waste rock that is almost a perfect replacement for gravel, and that has Tom Nemanich pretty excited. He owns Mesabi Bituminous and the depleting natural gravel resources had him a bit concerned.

“It’s basically getting to where we’ll have to start trucking it in from somewhere and that’s expensive,” he said “You always want to use what’s close by.”

Back in 2007, NRRI economic geologists identified a potential high-quality aggregate between the magnetite ore layers targeted for mining. For the taconite industry, this would be waste rock that would need to be moved out of the way to access the desired ore. As an aggregate, it’s a marketable resource.

This year, in late May, Mesabi Bituminous, Inc. began hauling out the rock they’re calling Mesabi Select, from a pit owned by Optimal Mining, Inc. The Mesabi Select will be processed and used in road projects all over the Iron Range. 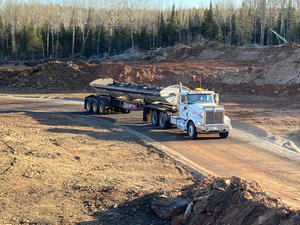 Mesabi Bituminous hauls rock from taconite pit that was identified as high quality aggregate by NRRI.

Nemanich explained that quality testing for bituminous (bitumen is the liquid binder that holds together asphalt) is based on the specific gravity of the aggregate material. Specific gravity defines how many cubic yards of asphalt can be made per ton of aggregate. Typical taconite waste rock’s specific gravity can be all over the map, which makes it difficult to use. Natural gravel is pretty consistent. The waste rock that Nemanich is hauling out – the Mesabi Select – has a consistent, lower specific gravity that makes a quality asphalt.

“Identifying this aggregate is a huge benefit that could open up to something much bigger,” said Nemanich. “It’s helped our business significantly.”

Tom Gardner, an agent for Optimal Mining, credits NRRI for identifying the high quality aggregate, and also his daughter Rachel and her Master’s degree focus on sustainability for educating him in “by-product synergy.” She pointed her father to the work NRRI was doing to identify uses for taconite by-product.

“We’re grateful for the opportunity to allow Mesabi Bituminous to haul out the aggregate and put the rock to good use,” said Gardner. “It’s a great example of by-product synergy and supports mining sustainability efforts. Truly a win-win-win.”

The mission of NRRI is to deliver integrated research solutions that value our economy, resources and environment for a sustainable future.