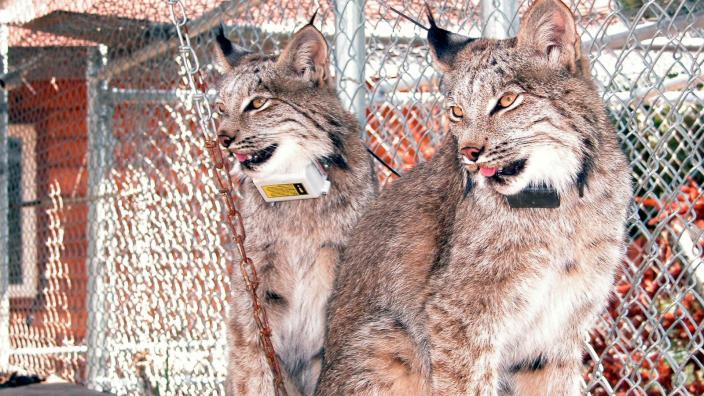 NRRI documents changes to the environment that are impacting Minnesota's mammal species to understand and prepare.

We know – because it is happening in our lifetimes – that changes to the environment are impacting iconic Minnesota mammals. Moose in Minnesota have declined over the last 25 years. Caribou are long gone. White-tailed deer have moved north from where they lived 200 years ago. There are fewer Canada lynx, while the bobcat population has spiked.

And there’s no doubt that the rate of change has accelerated since European settlement. Human activities have changed the landscape and fossil fuel emissions have warmed the climate. Changes in habitat, vegetation and temperatures send some mammals packing while others move in.

Parasites seeking blood meals, like ticks, are sensing changes and moving north, carrying diseases that affect mammals, including humans. Understanding our northland mammal species – both current and future – allows us to prepare.

“Minnesota mammal species that call the boreal forest their home have declined compared to 100 years ago,” explained Ron Moen, NRRI Senior Researcher. “And in the next 50 to 100 years, four species of shrews and moles, nine species of rodents, the snowshoe hare, moose and three carnivores could be gone from Minnesota if climate trends continue.”

Like in real estate, the issue is location, location, location. The state is split into the boreal forest and hardwoods to the north and the prairie grasslands to the south. That means many of the state’s mammal species are living at the southern edge of their range. And the environment they’re adapted to is moving north.

“So we’re looking ahead to where the climate is taking us,” said Moen. “And we know that new species will move in, like we’re seeing the opossum move north. It hasn’t reached Duluth yet, but it likely will. At the same time, some other southern species could move to Minnesota, mostly new species of rodents and bats.”

The decline of Minnesota’s moose
Moen and others in Minnesota have been studying the decline of moose populations in Minnesota for the past eight years. Moose are highly adapted to cold temperatures and the ever-warmer summers are especially hard on them. The August 2017 global and ocean temperature was one and a half degrees higher than average, the third highest global temperature in 138 years.

The goal is to understand what changes are in store for Minnesota mammals and the large-scale implications of those changes. The Endangered Species Act was written in 1973, before widespread understanding of climate change.

“If climate change is the ultimate cause of the disappearance of a species, what do we do? We can’t manage climate change like we can manage habitat,” Moen added.

Canada lynx: Can they continue in Minnesota?

In January, the U.S. Fish and Wildlife Service announced their intention to propose removing Canada lynx status as a threatened species under the Endangered Species Act. The status helps a species to recover from population declines that threaten extinction.

Ron Moen and several graduate students have been studying lynx since 2003 to understand the big cat’s habitat and food needs, seek out evidence of breeding and track their movement. This data gathering at NRRI largely ended in 2009, but it provided important knowledge about the lynx in Minnesota.

“We have Canada lynx here, but probably never more than 200, so the population is not huge,” said Moen. “Our population depends in part on periodic immigration from Canada. At the same time, many of the lynx we tracked also spent some time in Ontario.”

Canada lynx are found in many northern states. Biologists with the Fish and Wildlife Service found that lynx numbers are stable or increasing in Colorado and Maine. They’ve also been found in Idaho, Washington and Montana.